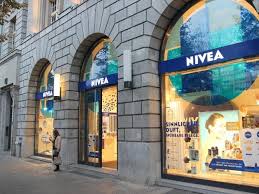 Last month tabloids explode with titles: ‘’Nivea doesn’t ‘do gay‘, according to an ad agency that just dumped them’’, ‘’Nivea dumped by agency over homophobia’’. I couldn’t help but go straight to my days as marketing manager. I have been there many times. You give a brief to the agency. The agency makes a proposal unrelated with what you asked for. They get frustrated. You get frustrated. There is some tension and deep breaths in the room and the meeting is finally ended by you rebriefing the agency and they starting over, because just as when you go to a restaurant, you are not obligated to pay and eat pork when you ordered steak.

Let’s see some interesting history about the global Nivea and major advertising agency FCB. First, previous to the major issue, they had a relationship of 100 years! Yes, you read right, 100 years! And spends more than $400 million on advertising annually. On another note, in 2012 to this same Ad agency, Nivea axed Rihanna for consider her to sexy for the image of its brand. Details like these can help to easily figure out that the brand is traditional; no marketing degree is required for this conclusion.

How insane is this Nivea-being-dumped-by-an-ad-agency situation? Consider this: in a normal world, companies hire, and fire, ad agencies, not vice-versa.
Cultural Marxism can be practiced by anyone, anywhere, anytime [1]. Schools, the media, churches, ad agencies, little old ladies, and children — anyone can practice Cultural Marxism. It needs no government or no army to install it and enforce it. That’s why it’s so dangerous. Cultural Marxism demands, among other things, that homosexuals will not only be accepted, but celebrated, and anybody who doesn’t celebrate faggotry ends up in deep problems. Indeed, careers are destroyed and companies go bankrupt due to Cultural Marxism. CM is very expensive! Yet, few people seem interested in stopping CM; but if it is not stopped, CM will destroy the Western world.

We couldn’t agree more. What are your thoughts?